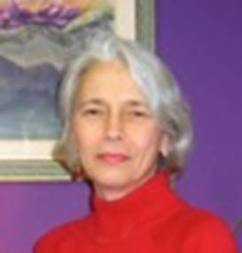 With a newly awarded graduate degree in research, Zoë’s first assignment in the business world was to develop and conduct a nationwide study.  The law department required scientific proof to support the company’s position in a class action law suit.  (Yes, the company won the suit.)  Subsequent to that, she headed up a unit that codified and, as appropriate developed, the flow of information within and between departments.

One spring, she read a book on massage therapy.  That book changed the direction of her life.  Zoë’s first certification was in shiatsu graduating from what was then called the New Jersey School of Massage, now known as the North Jersey Massage Training Center, under Larry Heisler.  She also studied shiatsu under Pauline Sasaki and Wataru Ohashi.

Zoë has had articles on bodywork and energy healing published both locally and in national journals.  She has been a guest on local television and radio programs.  She also wrote, directed, and hosted several programs on the healing power of energy and touch that appeared on local television.  In addition to maintaining a private practice and teaching, Zoë holds seminars and lectures on a continuing basis.