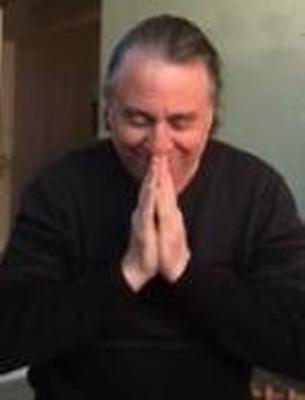 One of New Jersey's massage therapy pioneers (since 1975), Larry Heisler, M.A., LMT is the founder and director of the longest running massage school in the Garden State, The North Jersey Massage Training Center (originally called The New Jersey School of Massage). Located since 1980 at the Parsippany Medical Complex, Larry has literally taught massage therapy to thousands of students and has dramatically affected the massage and bodywork landscape of his beloved State of N.J.

His early career included a five-year stint running the largest private special education summer camp in the United States, Camp Lymelight; as a special education classroom teacher; a three-year stint as a special education Assistant Principal and as an adjunct professor of Counseling for three years at Montclair State University. Larry became Director of Nutrition for the Parsippany Medical Complex after attending two alternative nutrition programs; the Kushi Institute and the Donsbach School of Nutrition. It was at the K.I. that Larry learned how to combine the macrobiotic nutritional counseling with traditional barefoot shiatsu. In fact, the first 8,000 massages Larry performed was exclusively Traditional Macrobiotic Barefoot Shiatsu. Larry's skills were so dynamic, that within a few years, Larry had a substantial massage therapy clientele and dozens of students apprenticing with him. To counteract the negative sexual implications associated with massage that was rampart in the early 1980's, Larry required his students to perform five massages a week, a minimum total of 150, hour and a half massages on the professionals in their lives. Their family doctor, attorney, dentist, broker, etc. each professional had to fill in a two-page evaluation form and personally sign it after each session. So in essence, tens of thousands of free massage sessions were given to professionals throughout northern N.J. Larry says it made a dramatic difference in legitimizing the profession in the tri-state. By the mid-eighties, Larry had a full-fledged massage therapy program with a cutting-edge curriculum combining a fusion of Eastern and Western medical massage applications.

His revolutionary approach to bodywork is based on the direct influence the acupuncture meridian system (Energetic System) has on the human musculature. His upcoming book, Soft Tissue Revolution: A New Bodywork Paradigm is based on the clinical experience of Larry treating over 60,000 people including thousands of athletes. Larry has the literally thousands of lectures, classes and workshops he has given. He has given the keynote presentations for hundreds or organizations

In addition, Larry's school has been widely acknowledged for its volunteer massage team participation in many hundreds of state-wide fund-raising events for organizations like the Cystic Fibrosis Foundation, Muscular Dystrophy, the Diabetes Foundation, the Red Cross, the Leukemia Society, Make A Wish Foundation, Multiple Sclerosis Foundation and the 9/11 Port Authority Ground Zero Command to name some of them.

In the 1980’s, Larry was one of the very first in New Jersey to present what is now called Integrative Medical Programs in Wellness, Nutrition, Massage and Meditation for the hospital medical staffs at six different Grand Medical Rounds Symposiums including the New Jersey School of Medicine and Dentistry. Each one of those hospitals began offering Integrative Medicine divisions after Larry's direct involvement. In addition, Larry's school created the very first hospital-based massage therapy program offered in NJ.

In the 1980's, as an act of political and career survival, Larry created a massage organization entitled, the United Bodywork and Massage Practitioners of NJ. This group was as large as the NJ Chapter of AMTA and was directly created to prevent the AMTA from enacting an exclusive Swedish massage license that would wipe out every massage modality except Swedish massage. To stop that monopoly from occurring Larry had an inclusive massage certification bill created specifically by a bill writer in the N.Y. Legislature that became the model for a fair and just certification bill in the Garden State. His personal activism culminated on television with then Governor Christie Todd Whitman, where the Governor made it clear that a bodywork monopoly would not be tolerated and that the AMTA had better relent and listen to the other bodywork voices. Larry's United Bodywork organization then became one of the founding member groups of the ABMP.

In addition, Larry has presented programs on over thirty college campuses, for a dozen health departments, for a hundred different religious organizations, at many hundreds of New Jersey/New York corporations, has written the holistic wellness curriculum for three Universities and has done dozens of popular radio health shows like the Gary Null Show.

Currently, Larry's school no longer teaches an undergraduate massage program. He stopped offering a beginner’s program when the economy crashed in 2008. Schools in NJ were going under and folks that routinely received a weekly massage were hesitant to spend money. Turned out massage therapists in NJ could not even afford simple necessities like rent and health insurance.  Larry felt it was bad mojo to take money from new prospective students under the guise that they were entering a lucrative, wide open profession and decided to stop offering an entry level program all together. Instead he decided to offer classes to improve the competitive skills of already licensed practitioners by offering advanced education on a continuing education basis. Today, Larry's school is one of the major continuing education providers in the tri-state region. And while dozens of highly qualified educators share their talents at his school, Larry personally teaches over a dozen different classes himself. There are thousands upon thousands of glowing evaluations on file at his school written by students after taking one of his classes. Whenever you see therapists using a weird rocking elbow technique to clear trigger points and break down adhesion to the posterior body, chances are they studied with Larry.

In massage and bodywork, Larry is a Grand-Master, having personally treated 60,000 patients including thousands of world class athletes. His email newsletter goes out to 9,000 massage therapists and he is very excited to having an exclusive arrangement for his school to offer Certification in Manual Lymph Drainage from the prestigious Manual Lymph Drainage Institute. Larry believes MLD will change the entire massage profession! Aside from his extensive education in massage therapy, Larry holds additional degree's and certifications in psychotherapy, nutrition, education and ministry, This year Larry celebrates the 44th anniversary of officiating at his weekly meditation class called the Open Heart Healing and Meditation Circle. Since 1975, Larry has taught over 3,500 meditation classes. He has never charged for a meditation class. Larry states that the thing he's most proud of is being a vegetarian since 1971. When he heard that Buddha said, "Cause no suffering," he took that to heart and tries to live by that. Larry's philosophy of life is two-fold; to learn and grow in every way you can and then to uplift, inspire and serve wherever you are sent. Essentially, to grow and serve.