Inspired by her father’s love of science, Elisa attended university at home in Michigan until her NDE experience in 1987. After relocating to Florida with her family, she continued her studies receiving a B.A. Degree in Behavior Science from Lynn University in Boca Raton, an M.S. Degree in Occupational Therapy from Barry University in addition to Massage Therapy licensure.

She became a Certified Manual Lymph Drainage Specialist for the “Pioneer of Manual Lymph Drainage,” Surgeon Robert Lerner and a Certified Garment & Orthotic Fitter.  Thereafter, she filled the role of Clinic Director of Florida’s Lymphedema Treatment Services Clinic originally founded by her mentor and employer, Dr. Robert Lerner. LTS served as a model for later clinics by those who attended MLD Certification and had toured the site.

Elisa was LANA Certified, and her educational outreach has been felt through peer-reviewed research, published articles, support groups, National CEU courses in addition to radio, television and convention appearances over the last two decades. She has also been a guest lecturer at leading universities and a sought-after public speaker for cancer organizations, women in business and spiritual health endeavors.

Today, the MLD Institute International Founder, has literally taught thousands of students in her certification programs throughout the U.S.A. and abroad. Elisa also serves on the Scientific Advisory Board of healthcare corporations, colleges and spas. She is a consultant to major insurance companies and surgeons specializing on the topic of Manual Lymph Drainage. 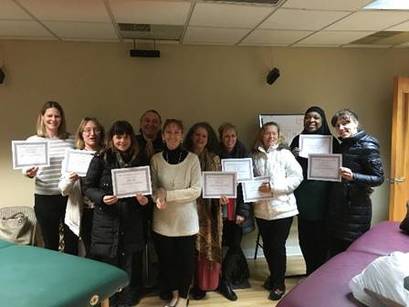